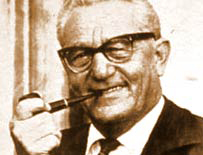 Rudolf Dassler, the founder of Puma

The founder behind Puma logo, Rudolf Dassler, is the eldest brother of Adi Dassler, the founder of Adidas. Rudolf established his own company after the spilt with his brother.

On that time Rudolf called his company Ruda, from “Ru” in Rudolf and “Da” in Dassler. But he later changed its name to Puma chuhfabrik Rudolf Dassler in 1948.

I am glad that the name was changed from Ruda to Puma. Ruda sounds really weird. After the spilt, Puma and Adidas become a fierce rivalry with each other.

Puma is recognized for producing sophisticated athletic shoes and other sportswear. Puma popularity was hiking after the footwear was worn by a few famous figures including Johan Cruyff, Enzo Francescoli, Lothar Matthaus, Pele and Diego Maradona.

Puma is now the third largest sportswear manufacturer in the world behind Nike and Adidas. Puma can be found in more than 80 country today and sponsored more than 30 national football teams worldwide.

What is the Animal in Puma Emblem 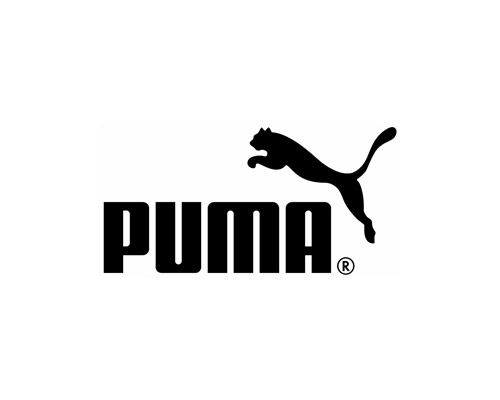 Puma logo was formed with a silhouette leaping puma, they called it a panther, cougar or a mountain lion. Puma is active both day and night, it is a powerful beast that can jump to a maximum of 20 feet high in a single jump and also an expert hunter. (Wow, thats three times higher than me! Don’t ever mess with Puma). This is why puma is chosen to relate the brand.

Bold font was used to incorporate with the leaping cougar and created a strong and impact identity. Puma logo only went through a minor change once in its 63 years of operation.

Looking for someone to design a brand identity in Malaysia? Work with me.

Previous: Nike Logo Only Cost $35, Don’t Believe Me? Read This…

Next: The Secret Behind Roxy Logo